Union-led protest against rising cost of living in Prague

Several thousand people gathered in Prague’s Wenceslas Square on Saturday to express their concern over the rising cost of living.

The country’s main trade unions staged the protest, drawing attention to inflation and falling living standards in the Czech Republic.

Union leaders have called on the government to help people survive amid soaring inflation by capping the prices of essential goods and raising the minimum wage.

“We are still convinced that the government is not doing enough, that it is moving slowly,” said Josef Stredula, president of the Czech-Moravian Confederation of Trade Unions, at the rally.

Stredula, who is currently collecting signatures for a presidential bid, also said the government must ensure big business does not collapse to avoid widespread unemployment in the country. 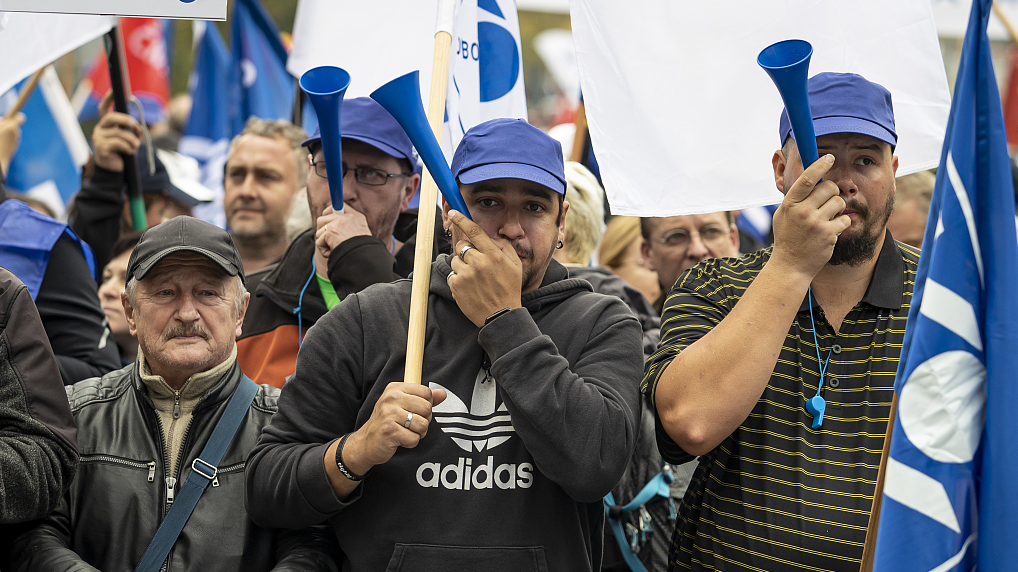 Roman Durco, leader of another major union, KOVO, said protests would continue if the government did not handle the situation properly.

The president of the main health and social services union, Dagmar Zitnikova, called for price caps in the food and energy sectors, noting that such policies are already effective in health care.

Jiri Dokoupil, president of the Union of Czech Orchestral Musicians, said the country’s cultural sphere was on the verge of collapse due to rising prices.

According to figures released by the Czech Statistical Office, consumer prices rose by 15.8% in the second quarter of this year. The main culprits for this wave of inflation are the prices of food, housing and energy.