A Czech leather goods company that makes a wide variety of handmade products – travel bags, messenger bags, wallets and belts – never planned to add personal protective equipment to its offerings that would save lives in a war.

The Russian invasion of Ukraine changed that.

After Russian troops launched their assault on Ukraine, Tlusty & Co. hired Ukrainian refugees to help the company join a manufacturing operation outfitting Ukrainian volunteers with bulletproof vests to deal with the troops. ‘invasion.

The Prague-based company has accepted a request from the non-governmental organization Post Bellum to join a project to supply protective equipment similar to body armor to the Ukrainian Territorial Defense Forces. Thousands of Ukrainian volunteers joined the troops to resist the Russian invasion.

“We specialize in a completely different production,” said Tlusty & Co. owner Ivan Petruv. “We were faced with a situation where we had to decide. And because we see ourselves as part of a community that wants to help in this situation any way we can, which is only natural when you see the news, we decided to say yes.

Making the new production was a race against time, he said. The company needed new machines, new materials and above all, to hire additional employees to join the 20-25 employees in a country whose unemployment rate of 3.4% reflects a lack of available workers in many areas.

“What would take weeks or even months under normal circumstances, we had to solve in hours and days,” he said.

Since the start of the war, 300,000 refugees who fled Ukraine have arrived in the Czech Republic, mostly women with children. So Petruv said they have become an obvious place to look for new recruits.

“We posted an announcement at 8 a.m. and by noon we had a list of 70 people,” Petruv said.

Four days later, the 15 most qualified people began working to complete the unusual contract. They sew ballistic plate carriers while other Ukrainians working for Post Bellum assemble all the equipment by inserting steel plates into the vests. The NGO funds everything through a crowdfunding campaign. 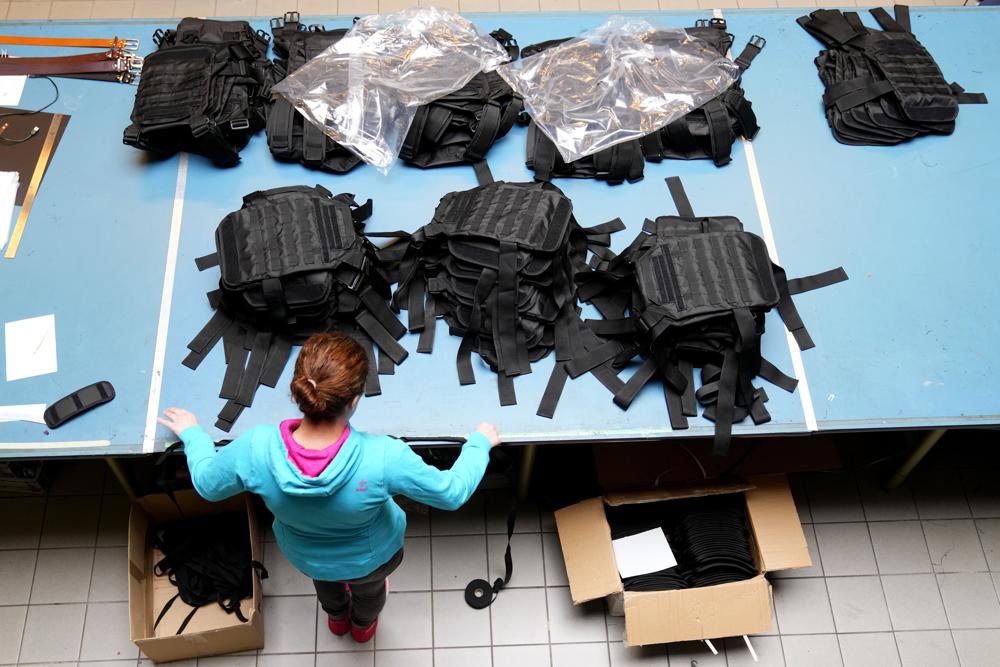 The Czech company has so far produced 720 of the protective vests and another 400 are to be delivered. What happens next is unclear.

Petruv said his company is ready to continue with the project but “we would love to end it as soon as possible because it’s not something we want to do. We are doing this only because of the current situation and a sense of responsibility.

In the meantime, he is planning a new project for his Ukrainian workers for when peace is restored. These would be products designed for Czech children and their families. It’s called “Mothers for Mothers”.