PokerStars has announced new dates for EPT Prague, just a week after COVID restrictions forced it to postpone its December festival. In addition to hosting the new event, PokerStars is also compensating players and staff affected by the last minute change.

PokerStars has announced new dates for EPT Prague and has pledged to compensate all those affected by recent events. (Image: Drupa.com)

The festivals will take place from March 5 to 16, 2022 at the King’s Casino in Prague, located inside the Hilton hotel. The schedule has not been announced, but Severin Rasset, Managing Director and Commercial Manager of Poker at PokerStars, said the festival will feature the same events scheduled to take place this month.

This means players will be able to compete in a variety of mid-stakes MTTs, super high rollers, and a € 5,300 ($ 5,950) main event. But, as is the case with all live poker events currently, the dates are subject to change based on COVID restrictions in the Czech Republic.

Czech COVID rules stop the game, but PokerStars looks to the future

COVID-related restrictions were tightened in the Czech Republic, as well as other European countries, at the end of November. Despite the obligation to wear masks in public places and to make vaccine passes and COVID tests a condition of entry into certain places, the number of cases has increased considerably in the past three weeks.

Czech Health Minister Adam Vojtech declared a state of emergency on November 25, introducing new restrictions, including capacity limits and early closing times for public places. King’s Resort Rozvadov has been forced to adjust the WSOPE schedule in response to the new rules. 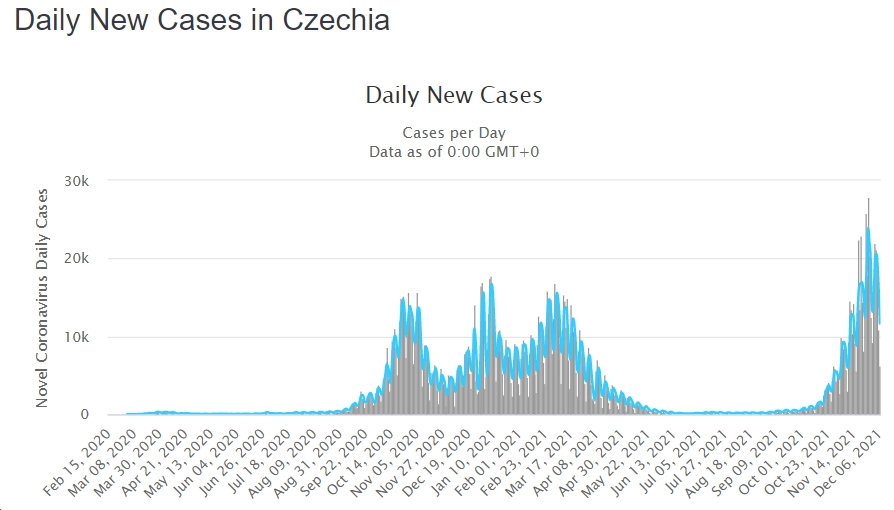 PokerStars and the partner casino of King’s Resort in Prague have decided to postpone the EPT rather than sidestep the situation. This series will now take place in March, but PokerStars is making sure no one feels aggrieved by donating $ 100,000 to all staff affected by the postponement. This means that croupiers, tournament officials, casino staff and anyone else who was scheduled to work at EPT Prague in December will receive compensation.

While the Prague live event does not go as originally planned, players will have something to entertain themselves ahead of the holiday season. In fact, the $ 100,000 PokerStars donates to tournament staff will come from an online EPT.

While not quite the same, the digital EPT Prague replacement will offer 68 tournaments and a $ 17 million guarantee. The series runs December 8-19 at PokerStars.com, which means it is open to players around the world who are not in Block Countries.

A $ 5,200 Main Event is headlining, but PokerStars is making sure there is something for everyone to play, with MTTs starting at $ 5.50. Some of the highlights for EPT Online are:

Assuming the Czech Republic doesn’t impose additional restrictions in 2022, the online series should be a timely prelude to EPT Prague in March.

Dan Smyth is a poker media companion who politely reminds CardsChat readers that poker is played all over the world, not just in America.

This site uses Akismet to reduce spam. Find out how your feedback data is handled.

Do you know our poker forum?

Discuss all the latest poker news on the CardsChat forum