Journey through the history of Jewish Prague

“Prague is built of stone and lime being the largest city considering trade, from the royal city came the Russians and Slavs with goods and from the Turkish countries the Muslims and Jews with their goods”.

With these words written in the year 965, the Arab-Jewish traveler and merchant, Ibrahim Ibn Yaqub, offers us one of the first historical testimonies of the Jewish presence in Prague. However, this recording does not answer an important question: how long have the People of the Patriarchs lived in this city?

Our guide Berschowitz showed us in the Jewish cemetery in Žižkov, the tomb of the famous rabbi and philosopher Ezekiel Landau, who lived from 1713 to 1793, and we were told about the long and dramatic history of this community, one of the most old in Europe. .

Going back in time and tracing the history of the Jews of Prague is a difficult task because historical truth quickly merges with oral tradition, inevitably traversing the vague and uncertain territory of legends. According to one of many diverse stories, the visionary queen Libuše prophesied the arrival of a foreign people in Bohemia as an auspicious event that would bring good to this land.

However, according to other legends, the Jews arrived in Bohemia even before the Slavs, or even shortly after the destruction of the Temple, and settled there to trade and live in peace. According to sources, it is possible that a first community arrived in Prague from Byzantium around the 9th century, settling in the current district of Malá Strana.

As some chroniclers claim, it is possible that around the second half of the 10th century they had already received permission to establish a colony in Prague, in exchange for helping the Christians in their fight against the pagans residing in the region. Other scholars claim that permission to build the ghetto in the 12th century came from Vladislav II, King of Bohemia.

In medieval times, the conditions of the Jewish community in Prague underwent many twists and turns. If at first it enjoys a good situation, things go wrong with the start of the Crusades.

Alternately, it enjoyed and did not enjoy the protection of rulers, its members being prohibited from owning land or engaging in agriculture and their legal status gradually regressed. They were also forced to reside in designated areas and, above all, could not mingle with Christians.

It so happened that the sovereign even claimed property rights from them, but, paradoxically, the fortune of the Jews increased during these years. In addition to trading, they were allowed to lend money at interest, which was forbidden to Christians as it was considered unworthy.

In 1336, King John of Luxembourg plundered the ghetto to steal the treasures of the inhabitants, but later Charles IV placed them under his own protection, and it was precisely the house of a Jew, the wealthy Lazar who was donated after his death by the emperor to the University of Prague as the first seat of the university college.

The heart of the ghetto was the area around the Old-New Synagogue which includes Široká Street and the area of ​​the current Jewish cemetery. The district was separated from the rest of the city by seven gates located at various points in the city and was a cluster of houses and huts, shops and other often dilapidated buildings. The area was mainly known as “V Židech”, by the Jews, and it was not until the 16th century that it took on the Venetian name of “Ghetto”. 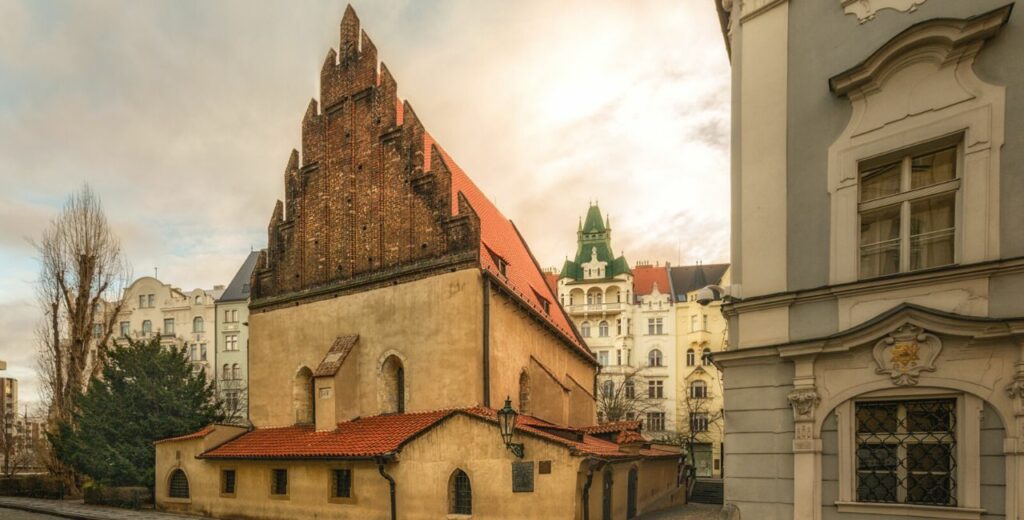 In medieval times, Jews were considered inferior, forced to wear distinctive marks of recognition and were often the scapegoat of rulers, as well as the victims of various pogroms. But even in the most difficult times, and especially in these, the community guided by the rabbi never stopped educating, studying and meditating on the sacred texts.

“Rabbis – S. Berschowitz tells us – have always been at the head of the community for their wisdom and their knowledge of all things human and divine, like the great and legendary Rabbi Löw, famous for his real and legendary deeds, but also many others who have lit the way for the Jews of Prague for more than a millennium”.

Residents were repeatedly expelled from the Prague ghetto. In 1543, under Ferdinand I of Habsburg, only wealthy people who could buy a pass could stay in their neighborhood. All the others had been forced to migrate.

In 1551 those who remained had been forced to wear a small yellow cloth over their clothes to distinguish themselves from the Christians, other decrees of expulsion came into force and in 1557 the ghetto was even closed, many houses being sold to Christians and the synagogues transformed into churches.

It was not until 1567, under the ruler Maximilian II, that Jews were allowed to stay in the city and the restrictions against them were eased somewhat, although they had to pay heavy taxes and restrictions to their freedoms.

The reign of Rudolf II of Habsburg, on the contrary, brought a flourishing period to the Jewish community of Prague because he had a certain interest in the practices of their culture, above all esoteric.

It was also the time of the legendary Rabbi Löw, whose name is inextricably linked to the legend of the Golem, and who had important contacts with the ruler. Under Emperor Rudolf, the ghetto expanded and modernized, a hospital, school and other places of worship were founded. Rudolf II reaffirmed the rights of the Semites and promised the community that there would be no expulsions and persecutions, not even in the future.

In the 17th century, many new Jews arrived in Prague; the ghetto has over 11,000 inhabitants and the prague community is one of the largest in europe. During the Thirty Years’ War, Jews also helped defend the city against the Swedes, garnering praise from military commanders in Prague.

However, in 1680 the plague that was looting Europe also decimated the population of the ghetto, while in June 1689 an arson burnt down another 300 houses in the district, the reconstruction of which lasted until 1703.

The government of Joseph II brought great changes and recognitions. Jews were allowed access to public schools and universities, allowed to purchase goods outside the ghetto, and were no longer required to wear distinctive markings on their clothing. However, they were still obliged to pay special taxes.

The year 1848, led to the declaration of the first Austrian Constitution and finally, to the civil equality of the Jews of Prague. The history of the ghetto as a place of marginalization was over. In 1850, the Jewish town was included in the fifth district and became part of Prague. The district was renamed in honor of the ruler Joseph II: Josefov.

Over the years, Josefov has undergone various transformations: many buildings have been destroyed and rebuilt, also due to frequent flooding in this part of town. During the First Republic, Jews were full citizens, more than 30,000 people belonged to the community of Prague, and their typical surnames merged with those prevailing in all areas of social, scientific and cultural life in the city. and the whole nation. 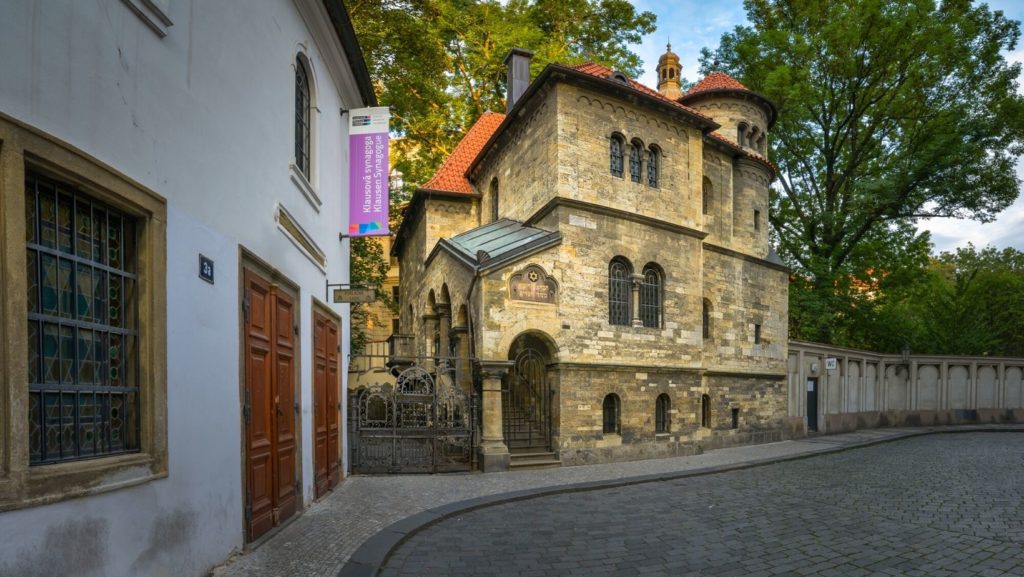 All the discriminations of the past seemed nothing more than a bad and distant memory. But a tragic new chapter, perhaps the worst of all, had opened on March 15, 1939, when the occupation and disintegration of Czechoslovakia by the Nazis would once again mark, and for good, the history of the Prague Jews.

Acts of discrimination resumed, “symbolized by that yellow star that had been removed two centuries earlier, and which reappeared on Jewish clothing… What happened next is well known,” Berschowitz said twice, posing a small pebble on the tombstone of Rabbi Landau.