The Azerbaijan Embassy in Prague celebrated Victory Day (November 8) and the Year of Shusha, reports Azernews.

About 20 ambassadors accredited to the Czech Republic, members of the business and scientific communities, youth and community organizations attended the event.

In his opening address, Azerbaijani Ambassador to the Czech Republic Adish Mammadov hailed the prowess and courage of the Azerbaijani army led by Commander-in-Chief Azerbaijani President Ilham Aliyev in liberating Azerbaijani lands from the Armenian occupation.

Adish Mammadov spoke about the outstanding significance of Victory Day in the modern history of Azerbaijan. He stressed that Azerbaijan has restored not only its territorial integrity, but also historical justice, and has adhered to the norms and principles of international law.

The Ambassador stressed that Azerbaijan has left behind the conflict that has existed for almost 30 years and that the internally displaced Azerbaijanis, whose basic rights have been violated for decades, will soon return safely to their homeland.

The diplomat added that new realities are emerging in the region and favorable ground has been created for the strengthening of peace and stability.

He stressed that Azerbaijan promotes peace and cooperation in the region. The country is carrying out reconstruction and restoration work in the liberated territories, as well as major infrastructure projects.

Adish Mammadov stressed that the people of Azerbaijan are a tolerant nation and that the political course headed by President Ilham Aliyev is based on the principles of friendly neighborly relations and the creation of regional cooperation.

The diplomat stressed that the Azerbaijani state is ready for the normalization of relations with Armenia, and there is hope that a peace treaty will be signed between Armenia and Azerbaijan following the negotiations by the end of this year.

The Ambassador also spoke about the special place of the city of Shusha in the culture and history of Azerbaijan.

He drew the attention of the participants of the event to the fact that this year is declared in Azerbaijan as the Year of Shusha on the occasion of the 270th anniversary of the city.

The diplomat also informed about the restoration works carried out in Shusha, victim of Armenian vandalism, as well as the international festival and other events that took place there.

Adish Mammadov gave information about the history and rich culture of the city and noted that Shusha is the birthplace of many composers and singers, who rendered outstanding services in the development and formation of Azerbaijani folk music.

In his speech, he also mentioned the book Karabakhnama, consisting of poems and short stories, written by Leyla Begim, a member of the Azerbaijani Writers’ Union, who lives in the Czech Republic. The book was published with the support of the Embassy of Azerbaijan in Prague and contains poems dedicated to Karabakh.

Speaking at the event, Turkish Ambassador Egemen Bagis congratulated the people and government of Azerbaijan on Victory Day.

The Ambassador mentioned the quote “One nation, two states” which belongs to Azerbaijani national leader Heydar Aliyev. He added that Azerbaijani President Ilham Aliyev and Turkish President Recep Tayyip Erdogan consider each other brothers and he is proud to represent Azerbaijan as well as his country in the Czech Republic.

He pointed out that Azerbaijan’s historic victory has sown the seeds of lasting peace and tranquility in the region.

Egemen Bagis stressed that Turkey will continue to stand with the brotherly Azerbaijani people to promote security, stability and cooperation in the South Caucasus and contribute to construction work in the liberated territories.

Attendees of the event watched a video about Shusha’s 270th anniversary and tasted samples of traditional Azerbaijani dishes.

In conclusion, the poetess Leyla Begim expressed her gratitude to the Embassy for the initiative and support in the creation of her book and informed the participants about her literary activity. It took years to create the publication.

At the end, participants received copies of the book signed by the author. 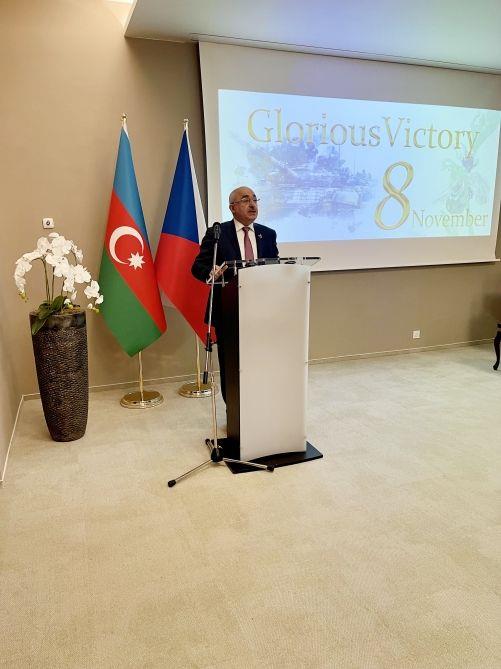 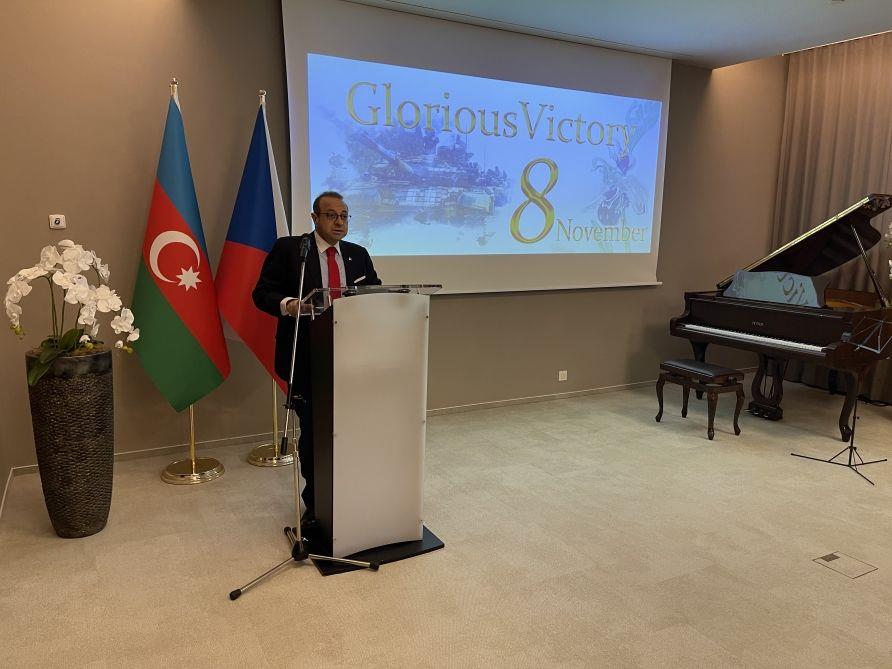 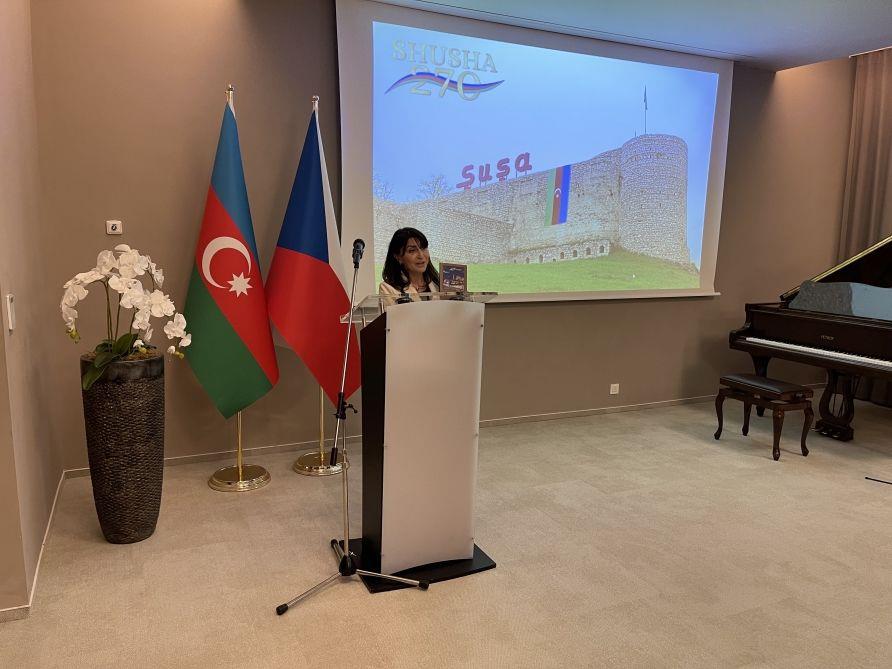 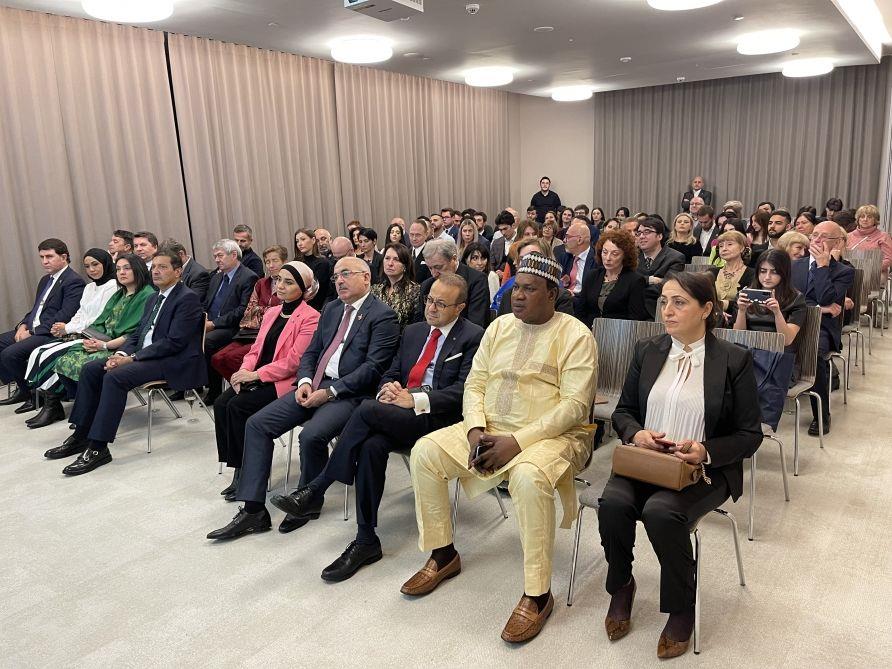 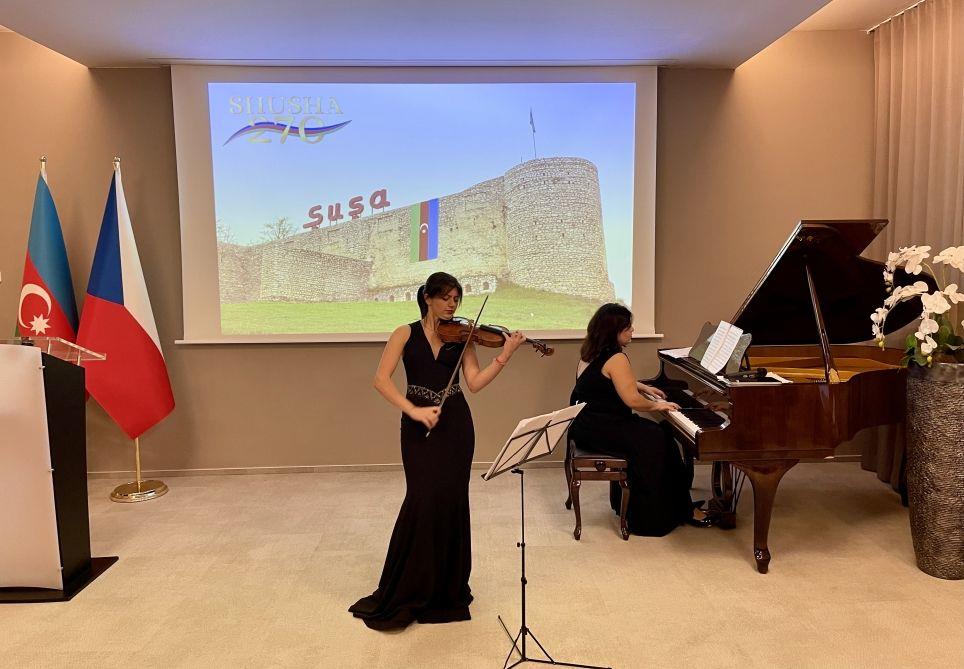