A walk through Josefov from Prague

It was once a Jewish ghetto where Jews from all over Czechoslovakia and other parts of Europe settled after being excluded from their native homes.

With several synagogues located within walking distance of each other here, a ceremonial hall, and an old Jewish cemetery, it’s often referred to as the city’s Jewish open-air museum or the Jewish Quarter.

The history of the district dates back to the 13th century and many monuments here have survived the test of time. It is said that the lifestyles of the inhabitants of this former ghetto depended greatly on the politics of the reigning kings and emperors.

Where persecution and suffering were their ultimate fate, for the most part, the Jews of Prague prospered during the second half of the 16th century under King of Bohemia Rudolf II (1576-1611) who relaxed restrictions on the community, hence their situation. improved. Jewish silversmiths and craftsmen were allowed to practice their trade, and royal towns were opened for their residence.

Prague’s history is inextricably linked with its Jewish past. Earlier, the Germanic Roman Emperor and King of Bohemia Charles IV had given Czech Jews their first flag with the Star of David; a replica of which exists today in one of the city’s synagogues.

The Jewish community in Prague therefore became the first in Europe to use the star symbol as an official emblem. In 1782, King Joseph II of Austria granted Jews the right to attend schools and universities. In honor of his “acts of tolerance”, the neighborhood received its name “Josefov”.

A number of buildings in the neighborhood were razed after 1893, due to overcrowding, resulting in a newly reconstructed appearance. Fast forward to the 20th century, most of the buildings survived the Nazi occupation and bear witness to the history of the Jews in today’s modern city of Prague.

The Old-New Synagogue is said to have been built between 1270 and 1290 and is considered “the oldest constantly active synagogues outside of Israel”. It is also said mythically that the stones used to build this synagogue were brought from Jerusalem by angels.

This leads to another majestic architectural wonder, a Romanesque style ceremonial hall. Until World War I it was used for ritual washing of the dead, but after 1926 it became part of the enlarged Jewish Museum. Today, the Baroque-style paintings and artefacts in the building elaborate and illustrate the rituals involved in the burial of the Jewish dead. 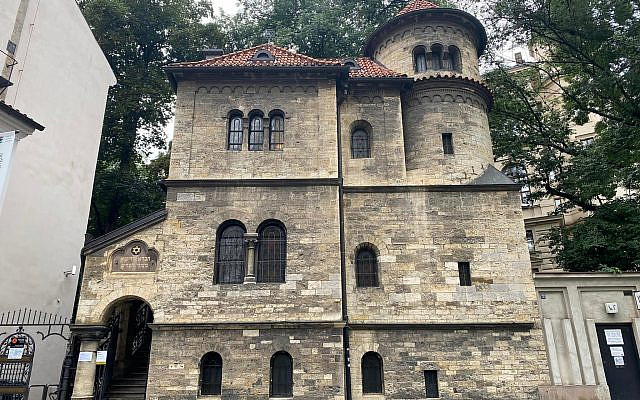 The ceremonial hall is also connected to the old Jewish cemetery. The cemetery, founded in the 15th century, happens to be one of the oldest Jewish cemeteries in the world, with the first gravestone dating from 1439.

According to the Jewish Museum in Prague, the total number of tombstones in the cemetery is 12,000 and more than 100,000 bodies are buried there. 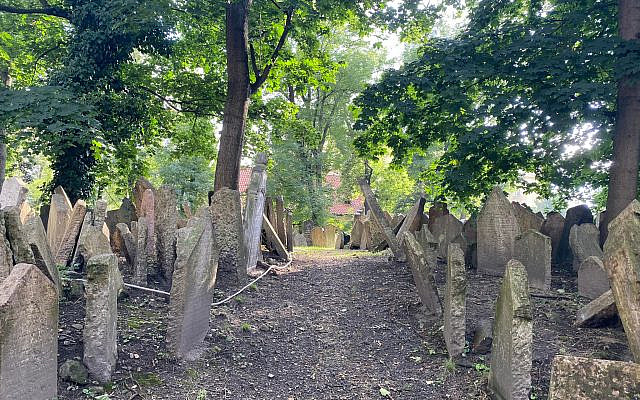 A glimpse of the old Jewish cemetery in Prague. Photo: Allia Boukhari

Prague was once home to the world’s largest Jewish community, mostly in the 18th century, and it was around this time that the Maisal Synagogue, Pinkas Synagogue, and Jewish Town Hall were built. The Pinkas Synagogue pays homage to the victims of the Holocaust from the region of Bohemia and Moravia with their names inscribed on the walls of the nave and the surrounding areas.

Good company, bad place: why I moved my startup from Prague to Amsterdam

By day – Prague has always thought of its constituents

Approved Novavax vaccine set to arrive in Czechia in January