Spas are scented places with plinkety-plunk music. They don’t tend to include lager-filled baths. But the Purkmistr beer spa outside the Czech town of Pilsen offers precisely that.

At this scorching hotspot, I stepped into a wooden tub with hot beer-infused water — and was given a one-litre dimple beer mug to fill from a barrel near the bath .

The beer – and I, sorry to say – were bottomless. I felt like Cleopatra for around £30 (purkmistr.cz), and it left me delirious.

Majestic: Oliver Bennett explored the Czech Republic’s ‘beer, food and culture’, with a stop at Prague’s Charles Bridge (pictured) included in his tour

I had come to Prague and Pilsen on a trip to enjoy the beer, food and culture in anticipation of the 30th anniversary of the separation of the Czech Republic and Slovakia on January 1. chicken chaos. Luckily, the city dials up the swill and spill gang and goes for the greedy ones.

So, shortly after landing, I dove into a deep Czech meal of garlic soup and duck at Café Imperial (cafeimperial.cz), a place of Habsburg grandeur, and met the guide Eva Vondrusova who raved about King Wenceslas, “the father of the Czech Republic”. nation’.

This “good king”, also patron of wine, watches over the Republic and under threat, his heroic statue in Wenceslas Square will come to life and lead an army of zombies to war. Don’t even think about it, Putin.

On a cool morning, I gathered at Strahov Monastery overlooking Prague. Here Eva showed me the most beautiful view of the city, artfully arranged around the Vltava River, as eternal as Rome in the light of spring. 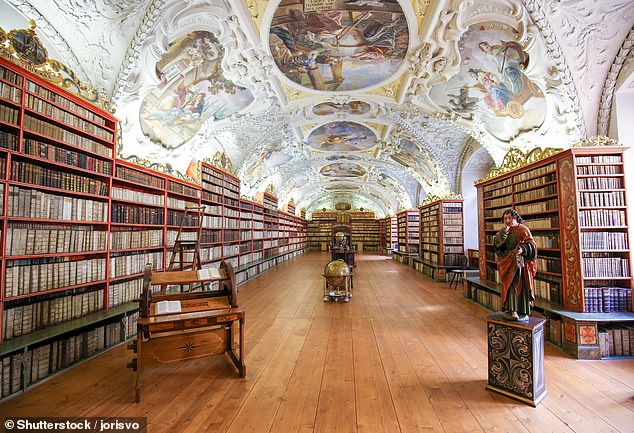 Oliver enjoyed ‘the most beautiful view’ of Prague from Strahov Monastery, which has a stunning interior (above)

I strolled through the artists’ district Hradcany, a Prague Montmartre full of magnificent gabled houses, then through the charming Mala Strana district towards Prague’s crowning glory, Charles Bridge.

More boulevard than river crossing, this monument has its fair share of tramps and buskers. But nothing can shake its grandeur and there, frozen in stone, is a row of statues including Wenceslas, blessing the thousands of tourists who propose marriage here every year.

“We Czechs prefer Petrin Hill for proposals,” Eva said. “The bridge is for you very much.”

Was it time for the midday beer already? Not far, but first I had to make my drink.

During the Prague Glass Experience (pragl.glass), an endearing Australian named Matthew, who like so many travelers had landed in the Czech capital by accident, gave me an introduction: “Grab this pipe, take the molten glass at the end, blow slowly – and do not touch the hot piece. 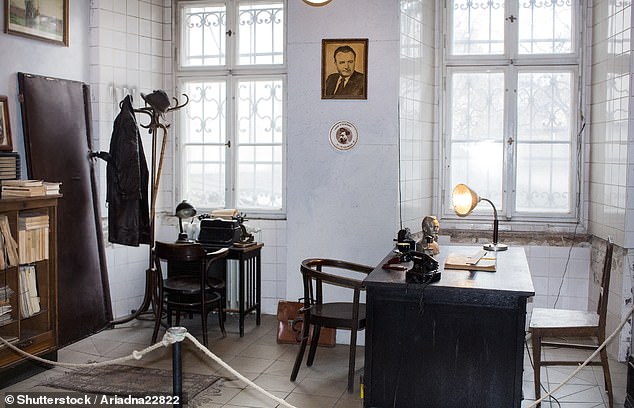 I left an hour later with a light green glass tankard that looked like a mint Aero, the fitting result of a new skill in the UN Year of Glass.

Matthew’s scorching workshop was thirst-quenching and at the Stupartska restaurant (pivnicestupartska.cz), an Arts and Crafts-style interior with an unapologetically carnivorous menu, I faced shots of lager and a giant pork knuckle as Eva was developing the country division of Slovakia.

“It was terrible and the families had to choose to be one or the other,” she said, adding that the latest political trend was the country’s anti-EU movement, known as the “Czexit”. 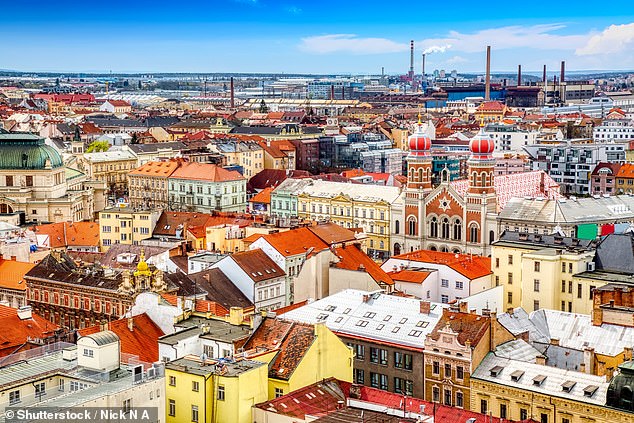 The story continues, and in the afternoon I linger in the excellent Museum of Communism (muzeumkomunismu.cz), with many biting reminders of pre-1989 deprivations like a shop with next to nothing. The museum has made the jump to animation by Cerveny Jelen (cervenyjelen.cz) even more amazing. At the center of this former palace was a tower of tanks of unpasteurized lager, tall as a stack of amps at a Status Quo concert – and perfect for its menu full of modern Czech classics.

Eva showed me how to pour the Pils: snyt, a little foam; hladinka, more foam; mliko, all foam.

“These are almost spiritual questions for Czechs,” she said.

Most tourists get stuck in Prague. But a contender for best beer town is 60 miles, one hour away by train.

Pilsen is a well-heeled city that has given the world Emil Skoda of car fame, Petr Cech of goalkeeper fame – and Pils lager of beer fame.

Beer city with several breweries, its pride is Pilsner Urquell: a village-sized brewery celebrating its 180th anniversary this year. 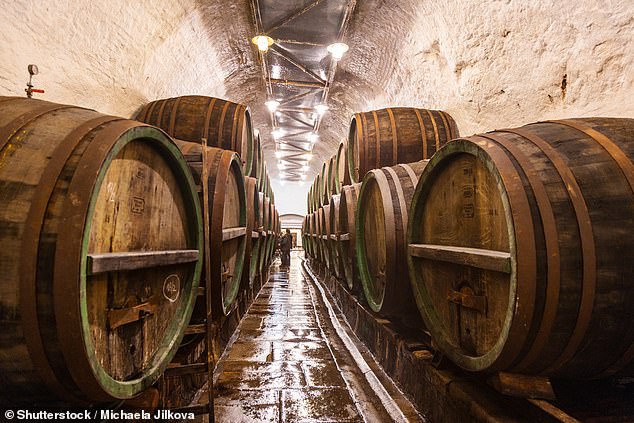 Inside the Pilsner Urquell brewery, pictured, Oliver discovered a malty maze filled with rows of massive barrels filled with the ‘best lager in the world’

I was welcomed by the guide Martina. A visit here is surprisingly interesting even for those untouched by fermentation, mainly because beneath the brewery lies a 12-mile-long skein of wet tunnels.

Within this malty maze are rows of massive barrels filled with the best lager in the world – and a few bars. For £18 pp, 15 people can hire these cave tavernas for three hours, served by a barmaid who counts incoming and outgoing customers.

Emerging into the light, I strolled through the beautiful provincial town to see St. Bartholomew’s Cathedral, the Great Synagogue, interiors by early 20th-century architect Adolf Loos, and the Zapadoceske Museum, which has an extensive selection ancient swords and muskets – possibly for Wenceslas’ zombie army.

Back at the Parkanu pub (about £1.90 a pint, naparkanu.com) I handled a hladinka-style beer and through the foam thought that in the Czech Republic an ap*** in a brewery can be a rich cultural experience.